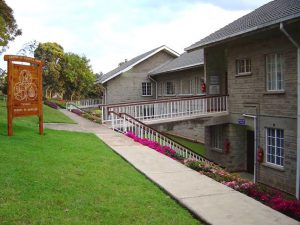 The Topazians are Heading to Ethiopia! 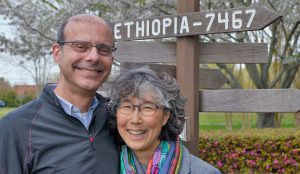 M3 is happy to announce that Mark and Janet Topazian, some of our past M3 Conference speakers, are transitioning to serve as long-term missionaries to work alongside the beautiful people of Ethiopia!

Ever since the Topazians lived in Liberia for a year as newlyweds, they’ve been going to Africa on short-term trips. Over the last few years they have felt God leading them to relocate, so they started praying and looking for opportunities. In November, they visited Ethiopia, and they both sensed that was the place God was calling them to serve.  They are excited as they step out in faith on this new journey!

Janet will teach science at Bingham Academy, an international Christian school founded in 1946 and located in Addis Ababa, the capital city of Ethiopia. Dozens of missionary families count on Bingham to provide a quality Christian education, and the high caliber of the curriculum and staff also draws Ethiopian and international families to the school.

Mark will teach at St. Paul’s and Black Lion, two leading government hospitals in Addis Ababa. He will spend every day with students, doctors in training, and healthcare professionals at these institutions, teaching medicine and therapeutic endoscopy skills, modeling how a Christian doctor practices, and sharing life and faith.

The Topazian’s vision is to make disciples who will make disciples. The people they will work with are future leaders, and they want to help them flourish academically, personally and spiritually so that they can bless their communities and nations.

To serve in Ethiopia, Mark and Janet are joining SIM, an M3 partner and international mission organization founded in 1893 that has members working in 70 countries worldwide. SIM is helping them to prepare for life and work abroad.

We at M3, along with Mark and Janet, invite you to join them in prayer as they embark on this journey to be a part of the transforming work God is doing in Ethiopia.   If you also feel led to join them as a ministry supporter, please click here.  Mark and Janet would love to hear from you. If you would like to receive their prayer letters or connect with them, email them at mark.topazian@sim.org or janet.topazian@sim.org. 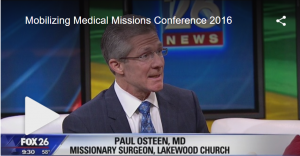 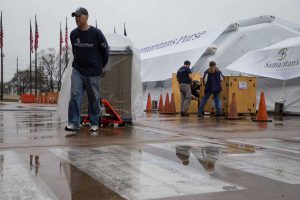 The M3 Conference was honored to be featured in the Houston Chronicle. Click here to read the full article covering the mission of M3 and the 2018 conference highlight of Samaritan’s Purse Emergency Field Hospital tours.