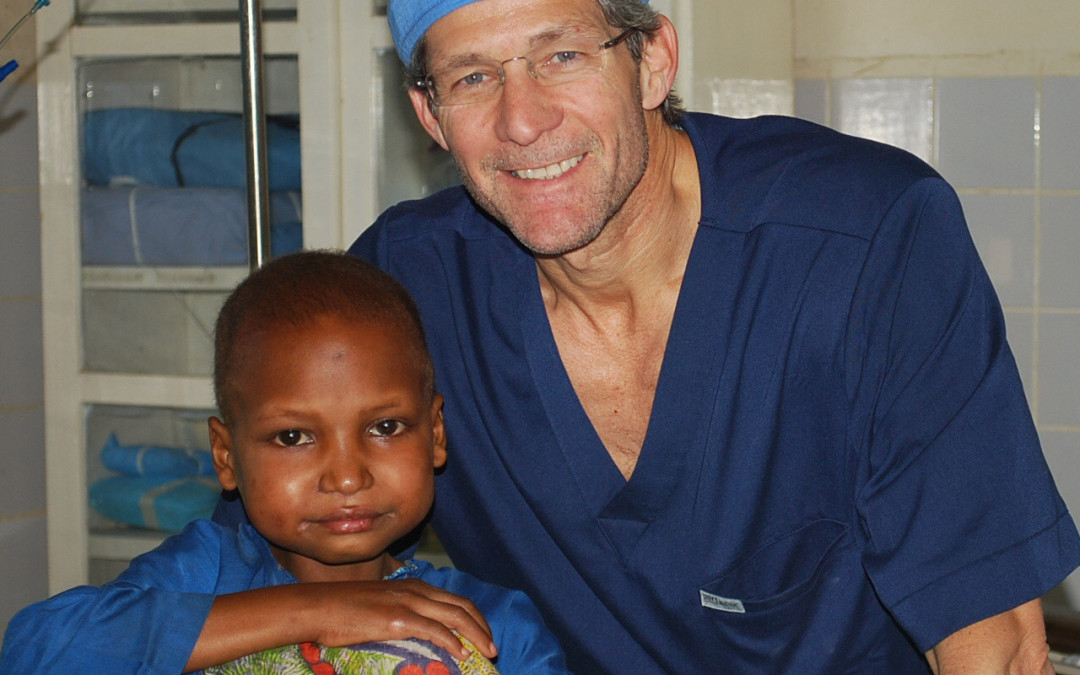 Several months ago I was asked to relieve a missionary surgeon in Cameroon for a couple of weeks in February. The first thing I had to do was to find out exactly where Cameroon is located! Cameroon is located in West Africa and is bordered by Nigeria, Chad, the Central African Republic (north, east and west) and by Gabon, Congo and Equitorial Guinea on the south. Even though I was tired from my recent trip to Haiti, I really felt like the Lord wanted me to keep my commitment to help this missionary surgeon and his wife. I really felt God’s confirmation when my sweet and beautiful wife Jennifer agreed to leave the kids in capable hands and accompany me!! It is the best I could do for Valentine’s Day this year!

So on Sunday afternoon (after speaking at the church that weekend), Jenn and I boarded a plane bound for Cameroon. After a brief layover and change of planes in Paris, twenty hours later we landed in Yaonde, the capital of Cameroon. We spent one night at a Christian retreat center hosted by 35-year career missionaries. We so enjoyed the two meals they prepared for us and so admire their “long obedience in the same direction” as they have followed Jesus and His great commission.

We then met Rob–our missionary bush pilot. Rob is a single young man, his parents were missionaries for almost 40 years with the Wycliffe Bible translator ministry in the Phillipines. Rob’s dad was a missionary bush pilot for many of those 40 years. Rob felt God leading him in the same direction and, after getting his missionary aviation degree from Moody Bible College in Chicago and after language school in Switzerland, has been on the field for three years in Cameroon.

It was interesting, Rob told us that much of Cameroon is unihabited and very remote with roads being very difficult to pass during much of the rainy season. His missionary organization (SIL) provides travel and supply delivery to missionaries in very remote areas in Cameroon and adjacent countries. They also do medical evacuation when needed. Our trip to Ngaoundere would have take 14 hours travel by car in the best of situations in the dry season. Needless to say, we are very thankful there are young men and women like Rob all over the world, doing what they are called to do to advance the Kingdom.

We flew in a single engine plane called a Helio Corrier. I found out (when we were an hour airborne) that our plane was built in the late 1940’s–in other words, about 65 years old!! Little did I realize our plane is one of the most reliable missionary planes that has ever been built. It can take off and land on very short airstrips. I also found out our plane had been in use in Papau New Guniea as well as several countries in South America before being sent for service in Cameroon. Thank God for the people who designed and built such a capable airplane.

Our flight took a little over two hours. We were met at the Ngaoundere airport by Phil–son of missionaries, raised in Cameroon, and whose dad had pioneered a radio ministry here in the mid-60’s. He and his wife (June) spent 17 years in the Central African Republic as missionaries until recently returning to Cameroon two years ago. What kind, hospitable, generous people Phil and June have been to us during our stay. They are some of the true unsung heroes of the faith and have been such a pleasure to get to know.

We are in far northern Cameroon at the Ngaoundere Protestant Hospital. The first missionaries to this area were Norwegian Lutheran missionaries who came here in 1923. And it was through the efforts of this missionary couple (he was a pastor, she a nurse) that the idea, funding and building of this hosptial took place. It now has 200 beds and provides great care to the people in this remote corner of the world. And it has been a light for the Gospel for over 50 years.

Dr. Jim is a surgeon and his wife Carolyn a nurse and they have been working here since 2008 without a break. Jim was so grateful to have almost two weeks off to be able to attend a Christian medical conference in Nairiobi. They graciously allowed us to stay in their home.
We are thankful for their kindness and generosity to us.

I “hit the ground running”, seeing patients, doing surgery. It has been a privelege to work with two surgeons in training–Drs. Nesoah and Jacques–fine men, capable doctors and wonderful Christians.

The Cameroonian people are so kind and gracious and welcoming to us. They are an honor to serve.

I am still “processing” all I have seen and experienced so far this trip. Let me tell you about one young boy who came to us this morning. He and his family are refugees from violence in the Central African Republic. He is probably 6 years old and suffered terrible burns to his leg in an accident almost a year ago. His leg has a huge open wound and a terrible contracture at his knee (he cannot straighten his leg past 90 degress because of scar tisssue). I thought about the fact that his father must have physcially carried his injured son during their long difficult journey to Cameroon. The father told us that they were robbed of all money and all possesions while travelling. They were found by the Red Cross(probably in a displaced person’s camp) and brought to our hospital for care. The young boy is so malnourished. Until his nutrition improves, he will never heal his wounds. And yet they have nothing. What a pleasure it is to help them–to welcome them to this hosptial , to give them food and water and some vitamins and gentle care. As I thought about him, I couldn’t help think about Matthew 25. He is hungry, thirsty, a stranger, and sick. And for us…He represents the face of Jesus. What an incredible privelege it is for Jenn and I (along with others and with you) to be the hands and feet that minister to “one of the least of these”.

Pray for us. Blessings!

P.S. Reading a great new book: “The Hole in Our Gospel” by Rich Stearns. I highly recommend it.