M3 Welcomes Mark and Janet Topazian to the 2018 M3 Conference 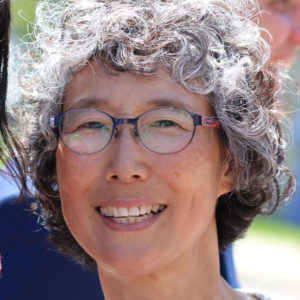 We have several amazing couples joining us at this year’s M3 Conference as speakers and today we want to introduce you to our first couple – Mark and Janet Topazian.

Janet and Mark have been married for over 25 years. They have volunteered, taught, and partnered in research with colleagues in Sub-Saharan Africa and Asia. They spent the first year of their marriage serving with SIM in Liberia, West Africa, where Janet taught school at ELWA Academy and Mark worked at the hospital.  Janet Topazian, PhD is active in local missions as the Chair of the Board of a faith-based non-profit and on the local missions and outreach committee at their church.  Mark Topazian, MD is a gastroenterologist and Professor of Medicine at Mayo Clinic. They have 3 daughters, Hillary, Rachel and Elise. They have taken their family on several short-term mission trips in Africa and Asia.

Janet will be speaking with Jennifer Osteen in a breakout session titled, ”Raising a Mission-Minded Family”. While Mark will be speaking on “Best Practices in Short-Term Medical Missions”. We cannot wait to see you at the 2018 M3 Conference! Click here to register now.