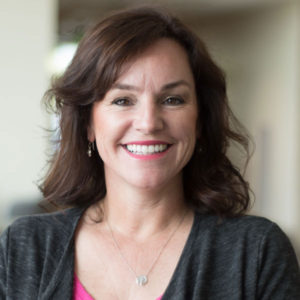 Who else can’t wait until this weekend?! We now only have four speakers left to introduce for the 2018 M3 Conference. Today we want to highlight Kelly Sites, RN and Elliott Tenpenny, MD. They both serve with Samaritan’s Purse and have extensive experience in disaster response. They will be facilitating our Pre-Conference Workshop #4 titled “Serving the Great Physician in Disaster Zones”.

Kelly Sites has been a nurse for 20 years. She has served with Samaritan’s Purse since 2010 as an International Disaster Response Nurse (DART RN). She has served in Liberia for two deployments working with Ebola, served in the Philippines, Vanuatu, Tanzania, Rwanda, three deployments to Haiti, once during the Cholera outbreak, Ecuador, two deployments to Iraq, and recently in Dominica on the Hurricane Maria disaster response, and in Bangladesh for a diphtheria outbreak in a refugee camp of over 800,000 Rohingya. She has been married for 24 years to her husband, Chuck and they have twins who are in their second year of college. Kelly and her family currently live in Lansing, Michigan.

Dr. K. Elliott Tenpenny serves as the Emergency Medical Response Manager of the International Disaster Response Unit at Samaritan’s Purse. Dr. Tenpenny is a native of Tennessee and received his postgraduate medical doctorate at the University of Tennessee in Memphis. He subsequently completed residency and served as chief resident in Emergency Medicine at Mayo Clinic in Rochester, Minnesota. Following training, Dr. Tenpenny was part of the post-residency program with World Medical Mission, serving overseas for over two years. During this program, he trained in surgery at CME Nyankunde Hospital in the Democratic Republic of Congo and then served as chief of surgery at Pioneer Christian Hospital in the Republic of Congo. In his current role, Dr. Tenpenny develops and maintains medical readiness of the International Disaster Response Unit, provides leadership in the setup and management of the emergency field hospital during deployments, and provides ongoing development and direction to the medical sector.