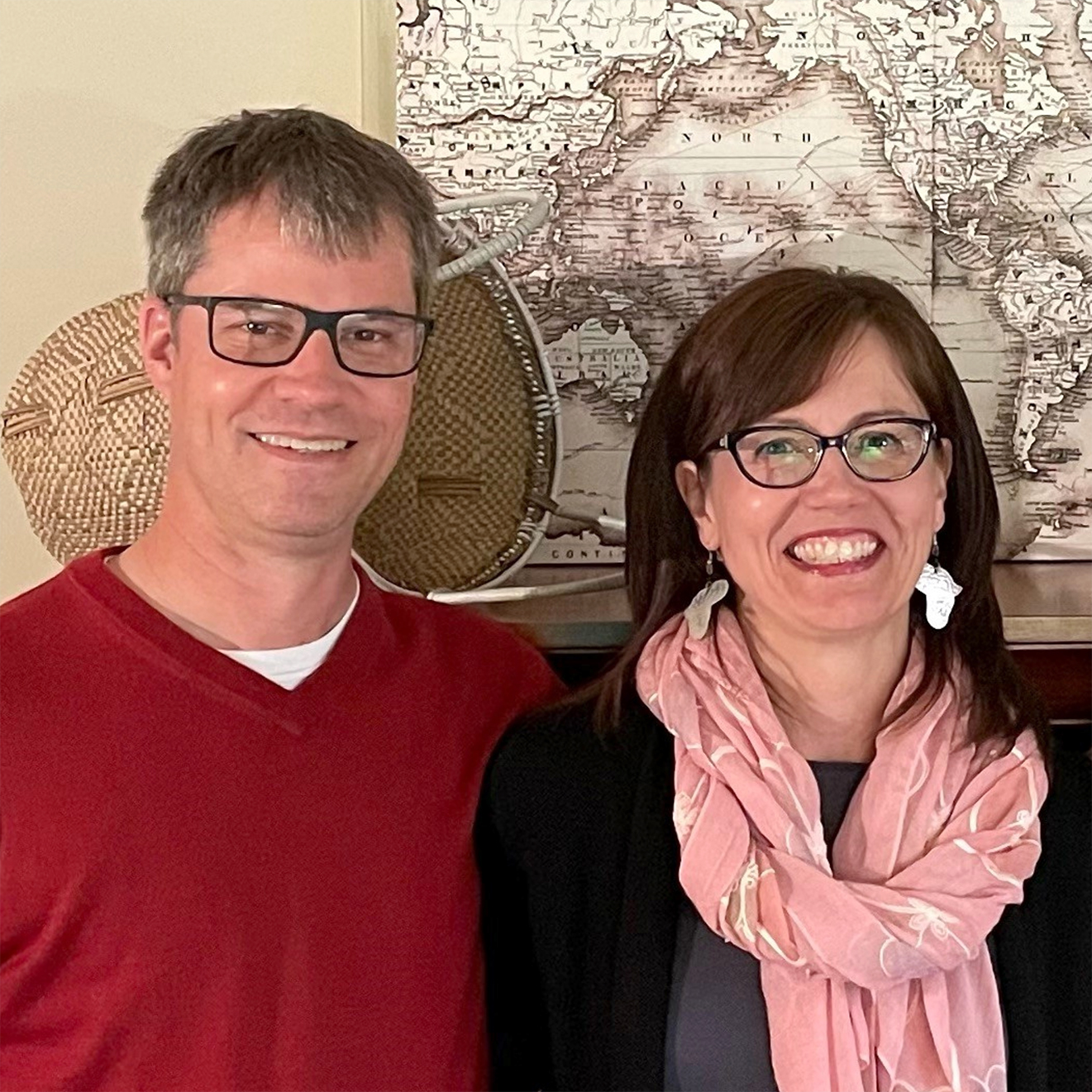 Keir’s young family of 4 embarked on a transcontinental adventure which took them to Bongolo Hospital in the southern part of the country of Gabon.  For 8 years Keir served as the Program Director of the Pan-African Academy of Christian Surgeons (PAACS) surgical residency and discipleship program, as well as the medical director of this 150-bed facility.  Over their last few years in Gabon, Dr. Thelander fulfilled the role of Team Leader for the over 20 ex-patriots living in Bongolo, while he also worked as the West/Central Africa Director for PAACS.

Presently, Keir is the Executive Vice President of PAACS.  In this role he oversees the 17 PAACS training programs that are spread across the African continent.  A few of Keir’s passions are helping doctors and all people to thrive no matter the circumstances as well as surgical education in cross-cultural contexts.  Keir now lives in Cleveland, OH, and is married with 2 children.

Joanna Thelander graduated from Purdue University in 1995 with a BS in Civil Engineering.  In 2006, she and her husband, Keir, along with their young children, Luke and Sarah, moved from Cleveland, OH, to Bongolo Hospital, Gabon where guided for 10-years of service as medical missionaries.  During their 10-year missionary service, Keir, a general surgeon, trained and discipled African doctors in the Pan-African Academy of Christian Surgeons (PAACS) residency program.   Among other varied responsibilities, Joanna homeschooled their children and oversaw the visitor ministry – regularly introducing short-term medical missionaries to life in the jungles of Africa.

In 2016, Joanna and family relocated to Cleveland, OH, as Keir had taken a new position with PAACS as the Executive Vice President.

Joanna’s passion for connecting people to the work of the Lord and missions that was so fruitful in Gabon, continues in Cleveland, OH where she serves as Volunteer Coordinator at Grace Church.  She desires to see more believers serving locally and internationally to experience a new side of the amazing God we serve!  Interfacing with the international community, music, people and writing poems, are just a few of the other activities Joanna engages in regularly.

Joanna frequently works to recruit medical missionaries to serve in PAACS hospitals for both short-term and long-term service.

Presentation Title:  A Family in a Foreign Land

How God took us from “Why?” to “Why not?” and how He allowed our family to thrive and not just survive in the jungles of Gabon, Africa.