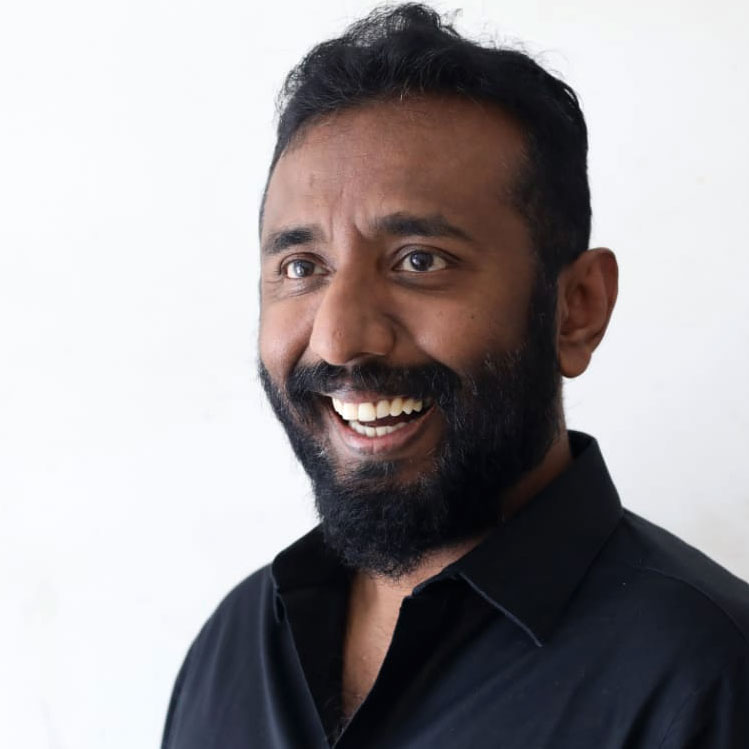 Biju Thampy was born in a small town in the most southern part of India as the eldest of four children to Pastor VA Thampy and Mariamma.  He grew up in the Southern State of Kerala where his parents started a church planting movement which now has over 3,500 churches across India and the neighboring countries.

Even as a young child, he was very uncomfortable with generational poverty that results in the exploitation of the poor.  Biju attributes his low self-esteem as a youth to the wrong perception he received of God from the legalistic teachings that were prevalent during the time of his childhood.

When Biju was 18 years old, he had an encounter with the Lord Jesus that began his journey of transformation. He completed his bachelor’s degree in commerce with the intention to pursue business studies.  Since Biju never thought he could do any public speaking, initially, he planned to raise funds for his ministry from his employment in the business sector. But, in 1993 at the age of 22, he felt a strong call from the Lord to serve Him full-time.  The same year he went to Bible College in the UK and came back in 1996 with an honors degree in Biblical Theology.

In the years that followed, he worked with his dad and began to take the gospel of Jesus to the unreached towns and villages of India.  He pioneered the Mobile Evangelism Team ministries which God used to bring the gospel to over 1,100 unreached villages and towns along with planting more than 200 churches.

He got married to Secunda in 1999 and started a church planting and leadership training centre in Goa where they made their base.  In 2004, Biju and Secunda started Vision Rescue in Mumbai to free children from exploitation.  In 2006, they moved to Mumbai.  Along with leading Vision Rescue and serving as the Vice President of the New India Church of God, they planted Gateway Church.  Vision Rescue now has operations in other urban cities and rural areas of India.

Biju and Secunda are blessed with three boys Timothy (20), Nathan (18) and Benjamin (9), and they are based in Mumbai, India.