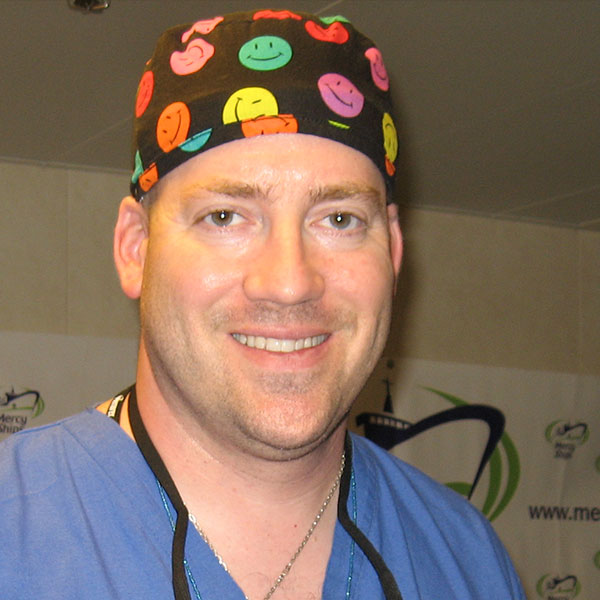 Hailing from Shreveport, Louisiana, Scott began his second professional career by attending nursing school at Louisiana Tech University.  After graduation in 2009, he moved to Dallas, Texas to be near family and start his new role as an Operating Room Nurse. His first mission trip as a surgery nurse was with Mercy Ships onboard the m/v Africa Mercy in Freetown, Sierra Leon in 2011. As God continued to open Scott’s heart to missions, he served additional short-term missions with Mercy Ships in West Africa and the Island of Madagascar. In December 2016, He and his wife Brittany left their jobs in Dallas to serve full time with Mercy Ships in the countries of Benin and Cameroon. In addition Scott has also served at the Emergency Field Hospital outside Mosul, Iraq with Samaritan’s Purse in 2017. Scott and his wife have transitioned back to the United States, settling in the San Antonio Area of Texas. His latest mission is working at Brooke Army Medical Center, caring for active duty military members, veterans and their families.