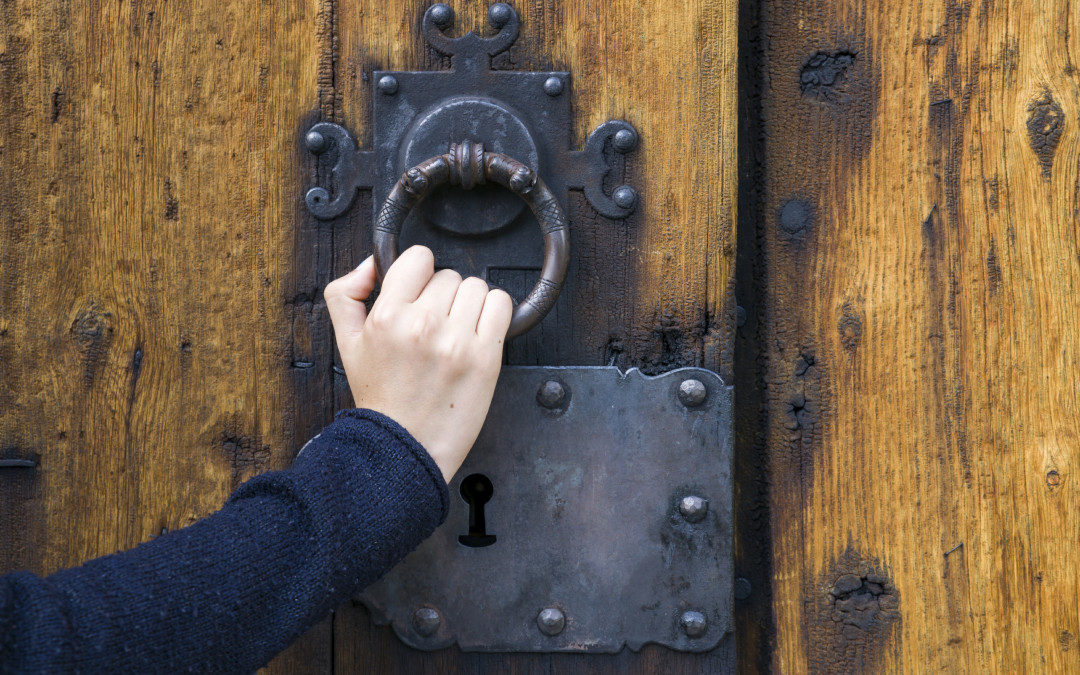 “I prefer a church which is bruised, hurting and dirty because it has been out on the streets, rather than a church which is unhealthy from being confined and from clinging to its own security.  More than by  fear of going astray, my hope is that we will be moved by the fear of remaining shut up within structures which give us a false sense of security, within rules which make us harsh judges, within habits which make us feel safe, while at our door  people are starving and Jesus does not tire of saying to us, “Give them something to eat”.”

Evangeilli Gaudium (The Joy of the Gospel)

“To protect your thankfulness, you must remember that you reside in a fallen world, where blessings and sorrows intermingle freely.” ~ Jesus Calling

Living with no regrets

We took care of a lot of trauma patients in my busy surgical practice in Little Rock. Whether by helicopter or ambulance, patients who had been seriously injured were quickly transported to our hospital. Very often I would spend hours resuscitating and operating on these patients. Most did well. Sadly though, despite rapid transport to the hospital, despite a well-trained staff intervening quickly, sometimes the injuries were too severe, the blood loss too great, the head injury too devastating and the patient would not survive.

I can remember so many times going out to the emergency department waiting area, to a small room to one side and speaking to the anxious family members awaiting news. The conversation would always start with “I am so sorry. We did everything we could possibly do.” And the conversation would end with silent embraces and shared tears. And for the next few days I would carry around a lingering sadness as I grieved this sudden loss of life. As I shared the pain of a family’s world forever changed in an instant.

For years I made it my routine whenever I would leave the hospital at the end of the day to leave through the emergency department, specifically past the door to the little living room where those conversations had so often taken place. I did this to remind myself that life is uncertain. Life is fragile. Things can change in an instant. I did this to remind myself to be thankful for those close to me. To live and love knowing there is no guarantee of tomorrow. To live and love in the moment. To live and love with no regrets. 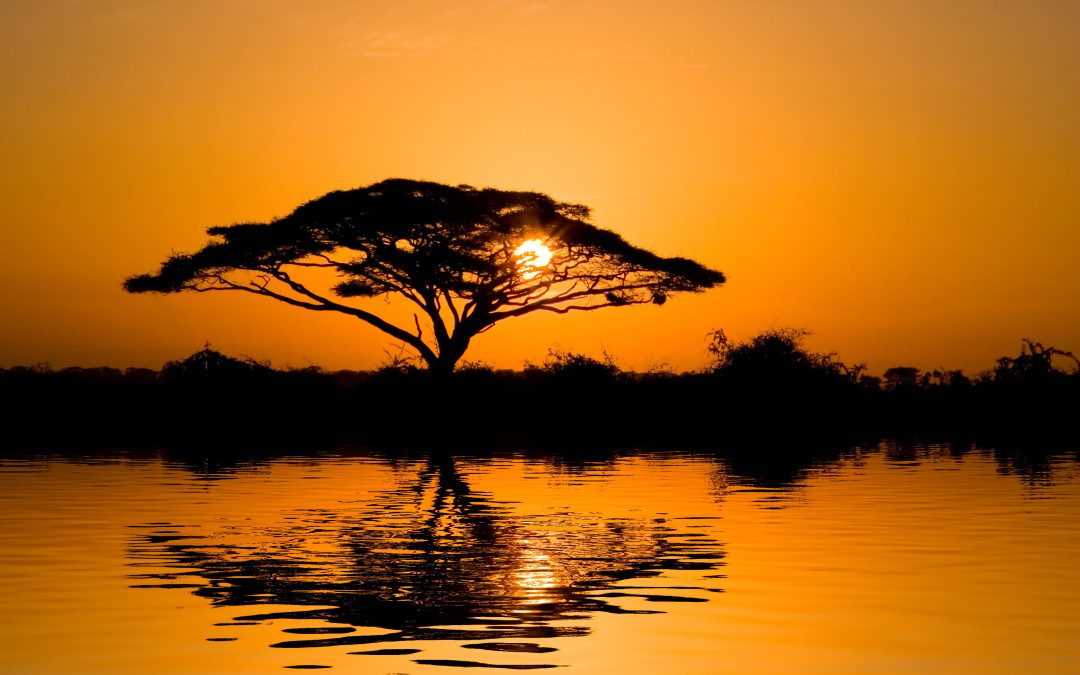 Our team consisted of two doctors, one dentist, one nurse and three people working with logistics and evangelism. We loaded all our supplies (almost 1000 pounds!) into a Cessna Caravan and made our way to Mfangano Island in Lake Victoria. We flew through a thunderstorm, had a bumpy landing but arrived safely on the little dirt airstrip.

We met teams from Calvary Church in Charlotte and a team from Tenwek mission hospital. Together we divided into two medical teams (and one dental) and each morning we would load our supplies, tents and about 25 people into 60-foot long boats for travel to remote areas that have little or no health care. First we would select a good wind-swept location, then we would set up our tents—usually one for triage, one for pharmacy and one for the medical and dental teams. We are so thankful for Greg, Will and Joyce (from Lakewood) for the way they made all the tent set up, logistics of getting people in and out—go so smoothly. It was amazing to see how many people came to be seen by the doctors, nurses and dentist.

We had the opportunity to encourage each person, pray with most and I believe each person felt the care and compassion of Jesus. Many people trusted Jesus as their Savior. I was so proud of how our team worked tirelessly together with the other teams to reach out to these underserved people. Dr. Joi (our dentist) spent her days pulling teeth. Most of the patients were having severe pain, so they were so grateful to Dr. Joi for giving them relief. As physicians, we saw a lot of malaria, typhoid, pneumonia, anemia and parasitic infections (to name a few). Thanks to Lakewood and Dr. Todd Price we had plenty of medicines to treat the patients. Over the three days, our two teams treated, touched, encouraged and prayed with over 1000 patients!

A couple of hours before dark, we would stop seeing patients, take down our tents, load them back onto the boats and make our way back home. The evenings were spent around a meal prepared by the local people (and the food was great!) followed by devotions and a time of prayer.

A couple of stories really gripped my heart. The first was when I was talking to Chief Patrick—one of the two chiefs for this island of 40,000 people. We were sitting and discussing his role and responsibilities as chief, when he said to me, “You know, these medical teams really help my people. They are so poor; they have so little access to medical care. Without the medical team, many would not receive any medical care.” I said, “That’s great, how often do teams come?” He quickly answered, “You are the only ones who come”. That was a sobering moment for me as I realized how significant it was to these people that we would come and minister to them. And it was a moment for me to realize how great it was to come as representatives of the Jesus. Perhaps people will see Him (through us) as Someone who is willing to go to great lengths to demonstrate His care and concern and compassion for them.

The second story is a scene I may not ever forget. We had been called to see a young mother who was bleeding severely after a miscarriage. She had lost a lot of blood and was continuing to bleed. She was very weak; she fainted anytime she would attempt to stand. Based on the paleness of her eyes and hands we estimated her hemoglobin was probably 2 grams (it should be 10 grams). The situation was desperate. We had no ability to transfuse blood. We knew she had very little time before she bled to death. So we told the family that she must immediately be transported by boat to a clinic an hour and a half away. In no uncertain terms I told them she must leave immediately and that she would not live for more than 2-3 hours. We offered to pay for the boat transport to Homa Bay hospital.

As we sat under the shade of a tree, taking a break from seeing patients we could see the four men holding a stretcher carrying this young women coming our way. We could see the strain and sweat on their faces as they struggled running down the hill as fast as they could with their precious cargo. She was lying on her side, pale but still alive. As they ran passed us toward the boat, we all stretched out our hands and prayed. We remembered the faith of the four men who carried the paralytic to Jesus—we knew Jesus responded to their faith. We remembered the woman with the issue of blood—we knew when she touched Jesus in faith she was healed. So we prayed in faith that God would spare this young mother’s life, that He would help her make it to the hospital, that they would have blood available to give her. Late that night, we got word. She had arrived safely and in time at Homa Bay hospital. And they had her blood type. And that she was receiving a blood transfusion. And the next afternoon further word…she was better…she would be going home soon.

We finished our time on Mfangano Island, took a boat to Mbita, a Land Cruiser to Kisii where we had a picnic that we won’t soon forget! And then to Tenwek mission hospital for one night, for a tour and rounds with the teams in the morning. That afternoon we visited Mosop orphanage so the team could see what God is doing there. And then we went on a safari to see the beauty of God’s creation on the Masai Mara.